If Rocks Could Sing, a Discovered Alphabet by Leslie McGuirk is one of my absolute favorite books from 2011. Collecting sandstone rocks over a ten year period along the Florida coast, Leslie shares the alphabet she harvested from the sea. Both the letter and the subject are illustrated with rocks. Whether it's a collection of ghosts, a sea horse, or a yawn, you will be amazed. You have to see the rock which looks like two people hugging. X is for xoxo of course! 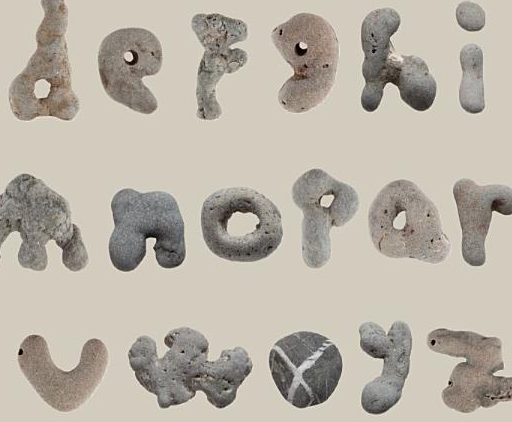 This treasure is going on the shelf of my geology major daughter. Your rockhound will be looking for his own alphabet on your next walk. Be inspired by If Rocks Could Sing. Rock on!

If Rocks Could Sing, a Discovered Alphabet
by Leslie McGuirk
Tricycle Press, 2011
Posted by Lorie Ann Grover at 6:00 AM

looks like fun! Have you seen that t-shirt Geology Rocks! ?

This is so awesome!