Poetry Friday: What Does the Fox Say?

Okay, I love this. That is all. Happy Poetry Friday!

Email ThisBlogThis!Share to TwitterShare to FacebookShare to Pinterest
Labels: Lorie Ann Grover, Poetry Friday, What Does the Fox Say, Ylvis

How about saying goodnight to all the trucks? Brian Biggs invites totz to snuggle down as trucks end their day: the tractor trailer, the dump truck, the garbage, and tanker are all winding down. Of course one needs to be quiet in the RV Park. "Shhhh...good night!"

I love author/illustrator Brian Biggs vehicles, whether they are busy around town or settling down for the night. Get ready for sleep with this unusual bedtime board book from the Everything Goes Series. Beep, beep! Shhhhhh.

Good Night, Trucks, A Bedtime Book
by Brian Biggs
Balzer + Bray, 2013
Posted by Lorie Ann Grover at 7:00 AM No comments:

Poetry Friday: My Mom is a Foreigner, But Not to Me

Happy Poetry Friday! Enjoy the day with Julianne Moore's My Mom is a Foreigner, But Not to Me. The affirming message, set to rhyme, along with Meilo So's lively, fresh illustration will touch you for certain. (Note: different fonts denote different children speaking.) Enjoy!

"My Mom is a foreigner,
She's from another place.

She came when she was ten years old,
With only one suitcase.

She took a BOAT to get here!

SHE DIDN'T KNOW THE WAY.

She came here with my Opa.
It took them days and days.

She's different than the other Moms
Because she's not from here.
There's lots of stuff about her
That's sometimes seems so weird."

My Mom is a Foreigner, But Not to Me
by Julianne Moore
illustrated by Meilo So
Chronicle Books, 2013
Posted by Lorie Ann Grover at 5:00 AM No comments:

Email ThisBlogThis!Share to TwitterShare to FacebookShare to Pinterest
Labels: Chronicle Books, Julianne Moore, Lorie Ann Grover, Meilo So, My Mom is a Foreigner But Not to Me, Poetry Friday

Tot to Tot: Ellie and Just Right for Christmas

It's time for another review from Ellie, a member of our readertotz Street Team. Thanks, Ellie! 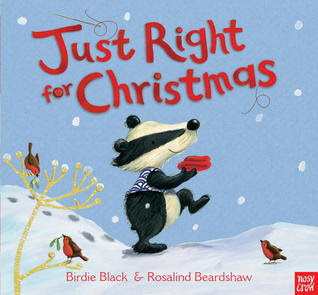 
Summary:
“One big bundle of red cloth gets smaller and smaller because it is used by lots of different people and animals for Christmas presents for their families.”


What I liked about the book:
“I liked when the mother mouse gave her son a scarf.”


What will my brother and sister like?
“My sister likes the mouse best.” 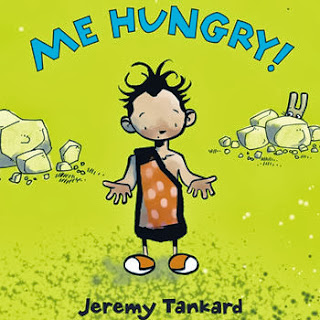