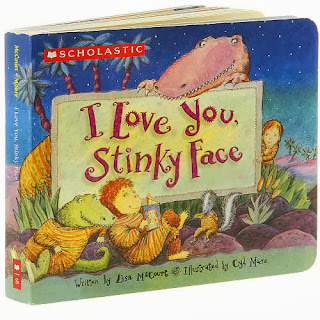 I love that I Love You, Stinky Face is available in sturdy board book form, so totz can hang onto it, carry it around, and perhaps even chew on it a bit.

Mama said, "I love you, my wonderful child."
But I had a question.
Mama, what if I were a big scary ape?
Would you still love me then?

What a wonderful beginning, sure to engage totz! The child in this book continues to pose similar questions to mom, who continues to reassure him. Expect totz coming up with their own ideas of hilariously horrible creatures they might become to test the strength of their parents' love. 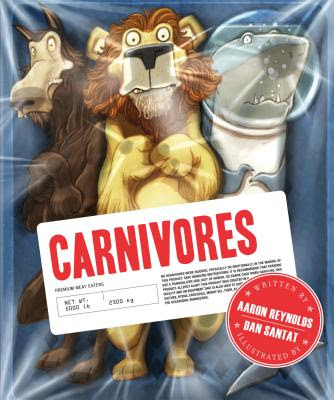 One of my favorite works from 2013 was this one: Carnivores, written by Aaron Reynolds and illustrated by Dan Santat. The premise is that "even SAVAGE CARNIVORES get their feelings hurt." Whether it's the sensitive lion worried about the gazelles' whispers, or the wolf's really unearned reputation for eating little girls, the carnivores come together in a sort of group therapy.

When their vegetarian efforts fail, as well as their disguises, they learn to embrace who they really are. "Eating meat is just what they do." Explore and enjoy this fun message with your totz! Even though Joan and I are pescetarians. ;~)

Carnivores
by Aaron Reynolds
illustrated by Dan Santat
Chronicle Books, 2013
Posted by Lorie Ann Grover at 9:00 AM No comments:

I opened this picture book and was completely amazed to read of Josephine Baker. What an homage to this esoteric, African American dancer with an enormous heart. So, I'm celebrating this work for Poetry Friday as author Patricia Hruby Powell's words dance across the pages along with the cadence of Christian Robinson's imagery. Enjoy and teach your totz the Charleston!

"I improvised, crazed with the music.
Even my teeth and eyes burned with fever.
I leapt to touch the sky.
When I regained earth
it was mine alone."

Josephine, The Dazzling Life of Josephine Baker
by Patricia Hruby Powell
illustrated by Christian Robinson
Chronicle Books, 2014
Posted by Lorie Ann Grover at 5:00 AM No comments:

What is more infectious than hearing a tot giggle? Scholastic knows it's irresistible and captured the sound in a push button for the corner of Giggle! by Caroline Jayne Church.

"Laugh out loud
or just giggle!
Feel a tickle in
your middle!"

Each spread featuring giggling children allows the reader to press the button and double the laughter. So, as the totz make silly faces, grin, and wiggle their noses, laugh along with them. You likely won't be able to help yourself!

Had to jump on and be sure you caught Santa Goes Everywhere! by Brian Biggs! Too cute for the holidays. How can you not love Santa and his one reindeer in a canoe, taking public transportation, and on a motorcycle. Happy celebrations, everyone! 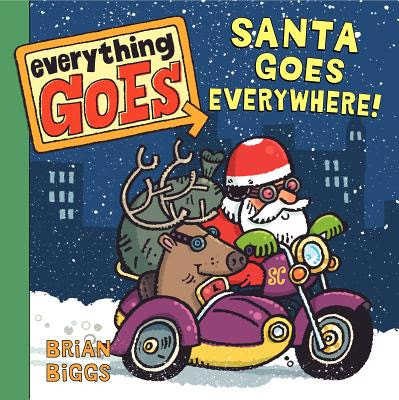 Happy Poetry Friday! Here's a fun book in poetry for the holidays. Enjoy!

And of course the best toy is your own imagination. ;~)

Toys Galore
by Peter Stein
illustrated by Bob Staake
Candlewick Press, 2013
Posted by Lorie Ann Grover at 5:00 AM No comments: 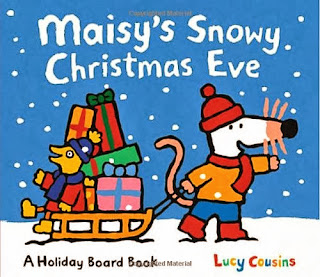 Snow falls on Maisy's, Charley's, Cyril's, Tallulah's, and Eddie's houses on Christmas Eve. Join them on this simple story that tells of hanging stockings by the fireplace, making pies, and hanging colorful decorations. Oh, and also rescuing a friend caught in the snow. All ends well with the whole group singing carols around the Christmas tree.

A lovely, colorful Maisy book with sparkly snow on the cover. What could be better?

Following the BBC miniseries that ran in the U.S. on the Discovery Channel comes the movie Walking with Dinosaurs. Looks like Harper is releasing many versions for totz: 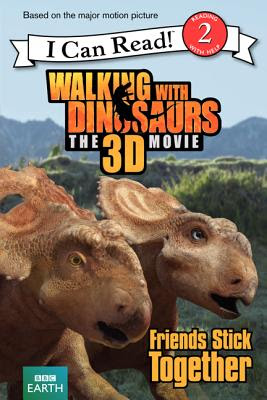 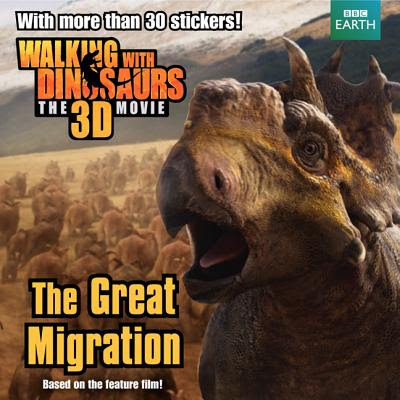 Whether you reach for the sticker books, the handbook, the encyclopedia, or the I Can Read series, you will be surrounded by dinosaurs. I'm pretty terrified by t-rex, but maybe your totz will stomp around with excitement!
Posted by Lorie Ann Grover at 4:25 PM No comments: 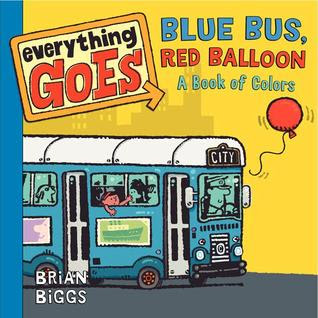 Keeping with the Everything Goes Series, I recommend Brian Biggs Blue Bus, Red Balloon, a Book of Colors. Brian tells a story of a lost balloon found again in this small board book, of course featuring means of transportation.

When the little girl loses her balloon out the yellow taxi, the reader tracks the balloon's journey past a green van, a blue bus, a black sports car, and even a purple sailboat. With the rainbow train pulling into town for the circus, the girl hops a hot air balloon and retrieves her own balloon herself.

I love that Briggs told a story while demonstrating color and modes of transportation. Well done!

Posted by Lorie Ann Grover at 5:00 AM No comments:

More, More, More: Once Upon a Memory, by Nina Laden 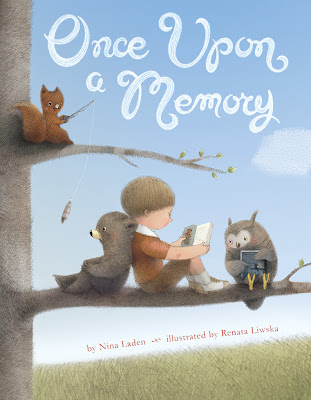 Once Upon a Memory is that book. When I heard Nina Laden read only a few pages at our local Inside Story to booksellers and librarians, my ear was caught, and I was left wanting more verses, more story. The stack sold out before I had a chance to buy a copy, and I had to wait, hoping that what I heard would sing to the last page.

Now I have read the entire text and can say: it does sing! Following a wordless spread which sets the stage, the clear beat begins and creates a cadence, until reaching a last spread of silence, before the final question. Nina delivers the pulse of our hearts.

Renata Liwska's illustrations are incredibly suited to the text. With original sketches colored in Adobe Photoshop, they almost wink on the page with softness. She captures a classic atmosphere while cleverly stepping us in and out of a child's imagination.

Once Upon a Memory
by Nina Laden
illustrated by Renata Liwska
Little, Brown and Company, 2013 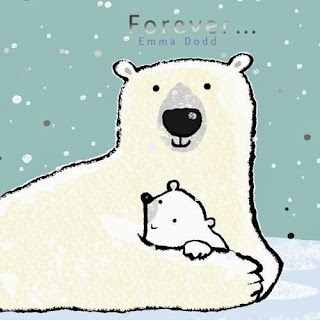 Forever is a beautiful, sweet book, perfect for winter! The art is stunning and yet simple. And the story is as well.

This book can be used as a bedtime story. Or as a comfort to calm a wide range of tot's fears. Getting lost. A divorce or a temporary absence in the family, perhaps due to military service. And in view of the polar bear characters, it could even be used with a tot who has heard just enough to be confused about what global climate change means to her or him.

Forever is not a traditional board book. The pages are paper. However, it's board book size, approximately 8"x8". I love the silver foil snow on the cover. This book is just so beautiful!


To continue our horse theme this month, we have Hush, Little Horsie, a board book by prolific megastar author, Jane Yolen. The traditional style illustrations are jewel-like and will especially interest totz who are enamored with horses. Interesting that our two books chose to spell the titles differently: horsey/horsie.

In this clever take-off on the lullaby: Hush, Little Baby, mama horses promise to watch over their little horsies as they frolic and play and, eventually, fall asleep.

Hush, little horsie,
Asleep on the plain.
Your mama will shade you
From sunshine and rain.

This could be sung at bedtime to your totz. A sweet book!

A new classic from Bob Graham, one of my favorite author/illustrators: The Silver Button. What might be happening in the exact moment before Jodie finishes her drawing? It's 9:59, on a Thursday morning, when her brother takes his first step, while her mother plays a pennywhistle, a man buys bread, a soldier says good-bye, and a baby is born.

The sweeping scope Bob provides is incredible. He challenges everyone to look and see and know that the world continues in the space of our drawing one small button. Without sentimentality:

"Sunlight from all over the city streamed through the window, and the kitchen clock struck ten."

Beautiful. We send our applause to you in Australia, Bob, this very moment.

Horsey Up and Down: Kei Bernstein 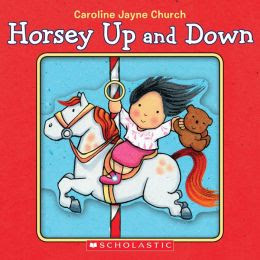 If your totz love all things horsey, look for Scholastic's release of Horsey Up and Down. The small board book has a clever cut-away enabling the child on the carousel to ride up and down the striped pole.

Inside the horses are big and small, white and black, jumping and sleeping, real and toys. There's a charm to Caroline Jayne Church's illustrations of pudgy children and chunky horses. Kei Bernstein's text is catchy and memorable. This subtle book of opposites will appeal to your little horse lovers.

Horsey Up and Down
by Kei Bernstein
illustrated by Caroline Jayne Church
Cartwheel Books, Scholastic, 2013
Posted by Lorie Ann Grover at 5:00 AM No comments: 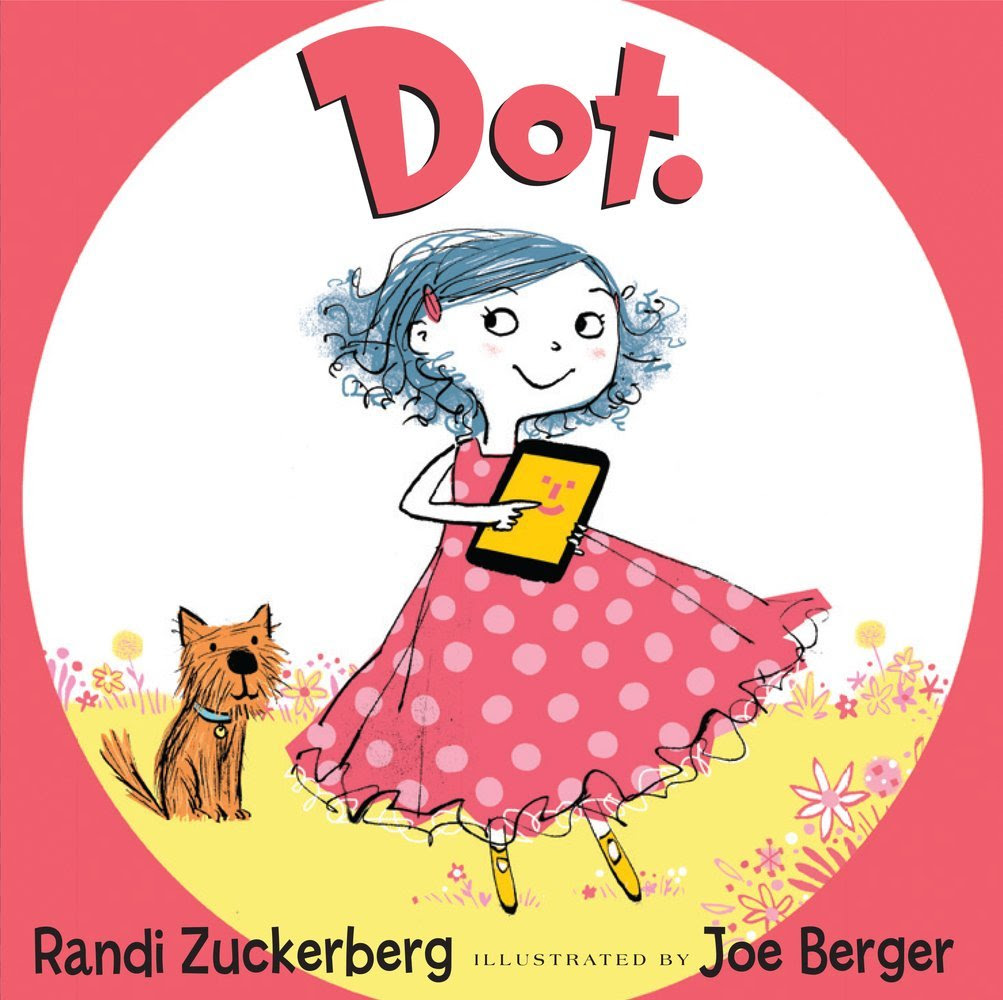 Perfectly timed, Dot arrives. Here's a young girl proficient at all handheld communications. But it's her mother's prod which send her outdoors where she grows reacquainted with tapping, touching, tweeting, and tagging with friends and nature.

Joe Berger's loose illustration captures the spirit of Dot and each of her discoveries.

A gentle reminder to get out and play and engage in life.

Poetry Friday: Around the Block with Dave Matthews and Grover


Happy Poetry Friday! May you and your totz be cheered by Dave and Grover's song about feelings. Enjoy!
Posted by Lorie Ann Grover at 10:43 PM No comments: 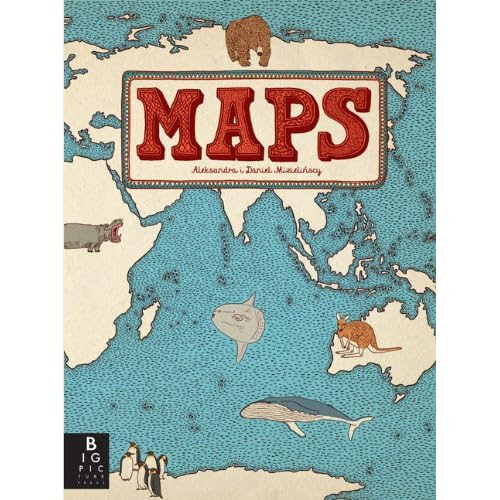 As I get ready to set off for Greece, I came across this work by Aleksandra Mizielinska and Daniel Mizielinski. It is GORGEOUS! I'm so happy to recommend Maps to you for this month's Big Kid Pick.

With the work translated into many languages, here's just a sample of the interior imagery: In this time of "search and find" books, I found this work from Big Picture Press equally complex yet refreshing in what it might teach. Your Big Kids and you will fall into this book, and before you know it, you'll be making travel plans. I read it for an hour the first time I opened it. I was lost in Maps and happy for it. 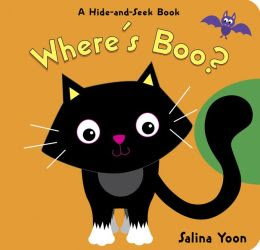 So great to share another fun Salina Yoon title. Where's Boo? takes us right into October.

With a curved cut-out, revealing the shape of a black tail, the reader is asked if Boo the cat is hiding behind the jack-o-lantern, the cookie jar, or the broom. In each case, he isn't. Boo is waiting behind the door at the conclusion of the book to say Trick-or-treat.

The anticipation, puzzles, and bright colors will capture your totz' attention. Look for Boo this month!

Photo Friday: Read to Me Onesie 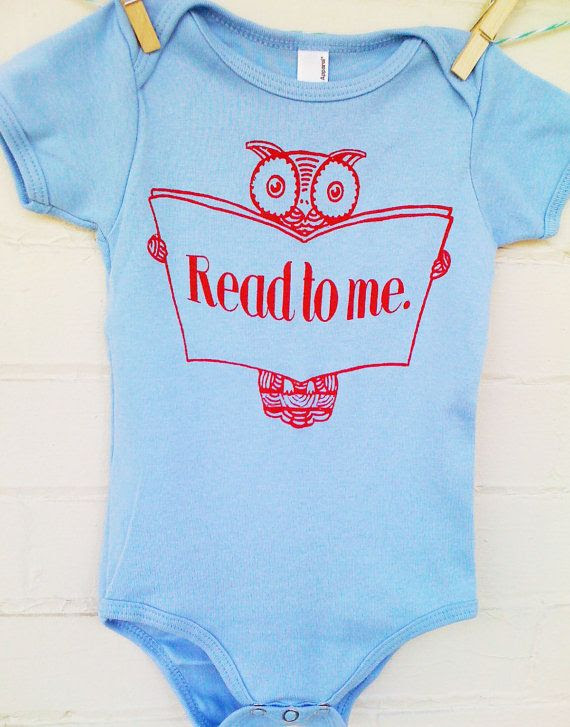 So cute, right? Found it on Pinterest. Happy Photo Friday!
Posted by Lorie Ann Grover at 7:30 AM No comments:

I'm so happy to introduce, Ellie! She's our first ever member of the readertotz Street Team. She'll be reviewing new books for your totz and Big Kids. Listen in to her first entry: 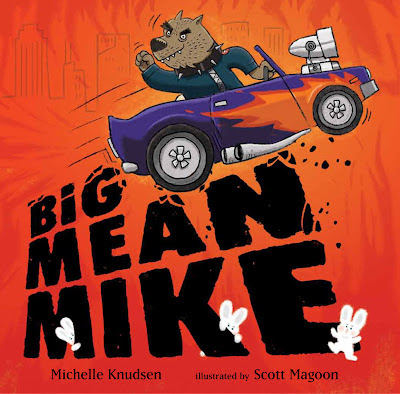 
Summary:
“Big Mean Mike did things his own way. He kept seeing more and more bunnies everywhere. He found out that the bunnies were happy about singing in the monster truck show with him, and then the dogs laughed at them, and then Mike said he’d be friends with whoever he wanted.”


What I liked about the book:
“My favorite part was when Mike changed his mind about the little fluffy bunnies.”