Here's a smooth, clean, precisely illustrated rendition of a trip to the local farmers' market. The rhymes are great for Poetry Friday.

To market,
to market,
we are on our way.
So many groceries to find,
on this warm sunny day.

To farmer,
to farmer,
we visit them all
for eggs, milk, and cheese,
fruits and veggies big and small.

To market with your totz, reciting this book all the way.

Spotted in Barnes and Noble: Board book by readertotz' own Lorie Ann Grover! 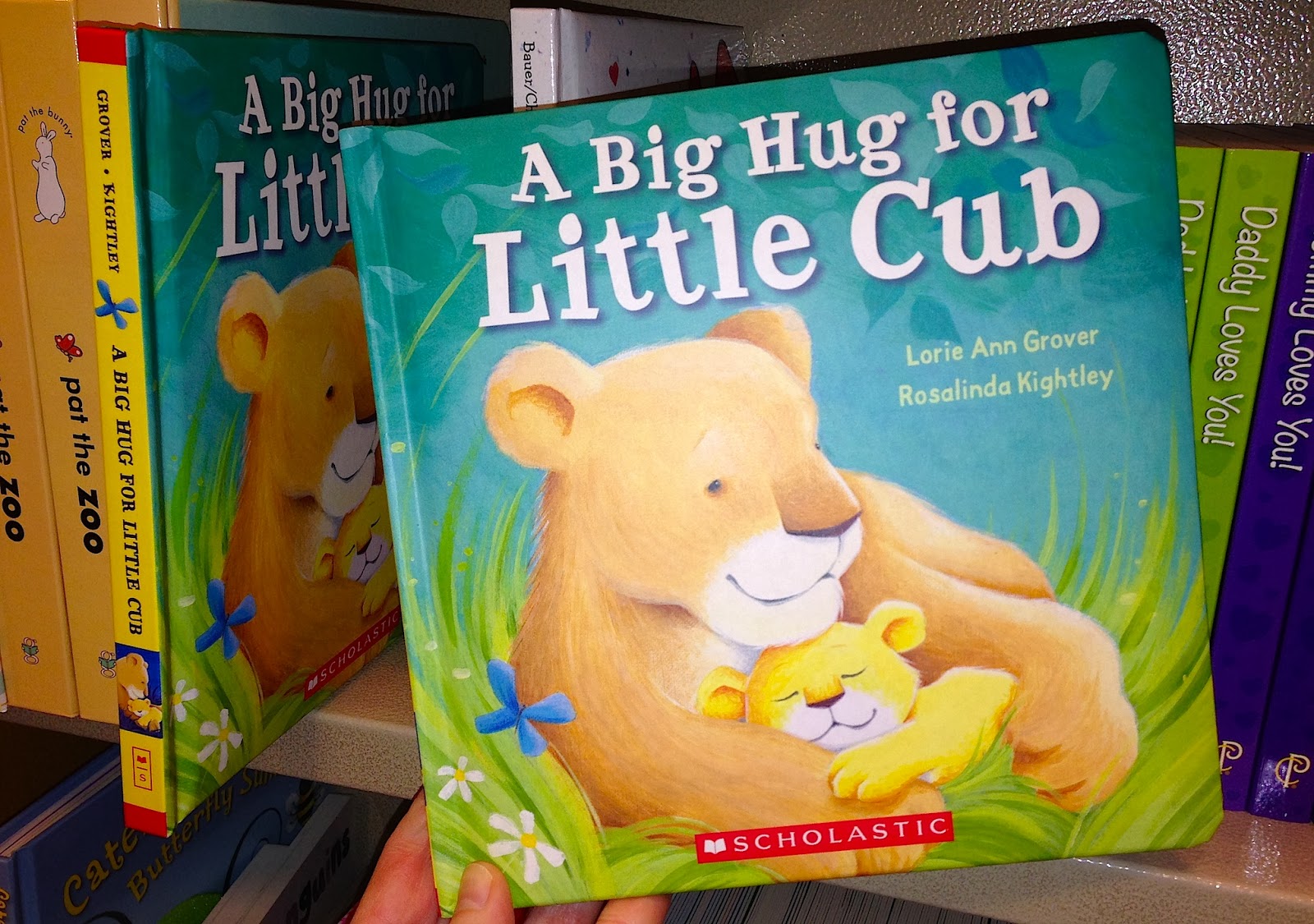 I spotted this today and was so excited. Its adorable.
Check the board book section of your local Barnes and Noble
for readertotz co-founder, Lorie Ann Grover's, adorable new board book!
Posted by Joan Holub at 4:12 PM 1 comment:

Okay, here's the deal. This is for older siblings of your totz. But I may use it as a journal for myself!

Each layout has a photographic element and then a text nudge of how to complete the page.

"There's something strange on the horizon...and on the beach, too."

"This tunnel is overflowing with..."

I can imagine the doodling that will take over this book by kiddos. But as I said, I'd love to just doodle and write among the black and white imagery. It's so cool! If you find Photoplay!, let us know what your plans are. Joan, how about you?

Photoplay!
by M. J. Bronstein
Chronicle Books
Posted by Lorie Ann Grover at 8:00 AM No comments:

Can You Say It, Too? Woof! Woof! and Moo! Moo! by Sebastien Braun

Can You Say It, Too? is a simple series from Nosy Crow by Sebastien Braun. Thick pages and big flaps are designed to sustain being held in the smallest hands. Whether it's animals you might see around a  home, Woof! Woof! or farm animals, Moo! Moo!, totz will enjoy guessing who is behind the flap and making the animal sounds themselves. Cheerful, round-eyed creatures in flat bold colors and engaging and fun.

Often a hint is given for who is hiding by tails or ears protruding beyond the flaps. The final spread in both works offers a double flap to include babies. Look for these for your youngest totz. And let the woofing and mooing begin!

A keeper for always, no matter the age of your totz!

Images were created digitally, but there's a definite freshness due to the jagged line. Templar Books has added a silver foil on the cover and throughout, for snow and ice. This is a perfect book. Happy Poetry Friday!

Sometimes other authors just beat you to it in this profession! This just happened to me. Giles Andreae nailed the concept I was playing around with for a board book. I wanted to portray animals doing the tango, the waltz, the jive. Giraffes Can't Dance, Number Rumba Counting Book caught it before I could dance my way straight.

Totz will enjoy seeing the recognizable giraffe again from Giraffes Can't Dance. Each page has an animal peeking from the book's border. That animal will take the stage to leap to the beat when the page is reached. Clever, fun, and energized, your totz will be tapping along and counting the animals rocking out.

For the older siblings, this Poetry Friday, check out Jack Prelutsky's new release. In the I Can Read! 3, he's collected valentine poems which are funny, dear, and push the envelope just a tad.

"I only got one valentine,
and that was signed,
Love, Frankenstein.

We have a board book recommend for Poetry Friday! How about Caroline Jayne Church's Ten Tiny Toes?

Touch your ears,
make them wiggle.

Touch your belly,
laugh and giggle.

More, more, more: At the Same Moment Around the World

Certain books sing when you open the cover. At the Same Moment Around the World sang for me. From the elongated layout allowing for the curve of the earth, to the record of what might be happening each moment around the world, I listened and smiled. The work begins and ends at 6 am in Dakar, Senegal. Each hour is marked as the reader travels the globe. Listen:

"At the same moment,
in Baghdad, Iraq, it
is nine o'clock in the
morning, and Yasmine
plays while her mother
shops at the market."

"At the same moment,
in Anadyr, Russia, it
is six o'clock in the
evening when Ivan
takes his dog for
a walk around the
neighborhood."

The feeling of community and oneness is beautifully exemplified. The illustrations are like an edgier Brian Karas, rendered in pencil with digital color. Rich warm pages are juxtaposed against cool ones. Enjoy this work, including the fold-out world map, with the older siblings of your totz.

Who? What? Where? When? by Leo Lionni

Obviously. I love when I find a collection of board books, and I think: obviously. Knopf has created a series that should be on the shelves. With Leo Lionni's beloved mice, totz will explore Who? What? Where? and When?

Each book begins with a question which is left unanswered, apart from the image provided. Although Who? does name the animal. I wonder why this is so? The lack of answers in the other three works may be assuring to the child that he will know and deduce correctly.

Apparently, this imagery was used in a series in 1983. The new text is provided by Nora and Louis Mannie Lionni. They hit the mark. I recommend this series. Obviously!

Who? What? Where? When?
by Nora and Louis Lionni
illustrated by Leo Lionni
Knopf, 2014
Posted by Lorie Ann Grover at 6:00 AM No comments: