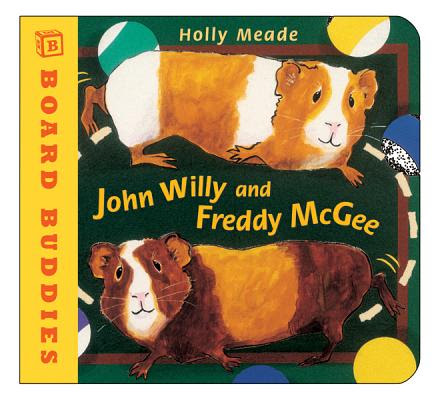 How about a re-release of Holly Meade's John Willy and Freddy McGee? First seen in 2007 in board book form, it's receiving another turn as Amazon purchased Marshall Cavendish. The gouache and cut paper illustrations are inviting and detailed. I particularly enjoy Holly's black line.

The more complex plot of two hamsters escaping their cage and exploring, with a climax in the pool table, is accompanied by a heavier text. The work is appropriate for the older totz in your family. It's easy to see this was originally a full picture book.

John and Freddy are completely adorable, and thankfully, no animals were hurt in the reading of this board book. Not even the Basset Hound or black and white feline.